Since XperiFirm 4.5.3 a file called "fwinfo.xml" will be created by XperiFirm inside the firmware's folder!

This file will be used by the next version of Flashtool to create an FTF for you automatically, but it's NOT meant to be included in the FTF by the Bundler.

DO NOT INCLUDE THIS IN FLASHTOOL'S BUNDLER! Or else, flashing your firmware will fail with an error! 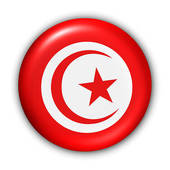